Ants as indicators of environmental change and ecosystem processes

Environmental stressors and changes in land use have led to rapid and dramatic species losses. As such, we need effective monitoring programs that alert us not only to biodiversity losses, but also to functional changes in species assemblages and associated ecosystem processes. Ants are important components of terrestrial food webs and a key group in food web interactions and numerous ecosystem processes. Their sensitive and rapid response to environmental changes suggests that they are a suitable indicator group for the monitoring of abiotic, biotic, and functional changes. We tested the suitability of the incidence (i.e. the sum of all species occurrences at 30 baits), species richness, and functional richness of ants as indicators of ecological responses to environmental change, forest degradation, and of the ecosystem process predation on herbivorous arthropods. We sampled data along an elevational gradient (1000–3000 m a.s.l.) and across seasons (wetter and drier period) in a montane rainforest in southern Ecuador. The incidence of ants declined with increasing elevation but did not change with forest degradation. Ant incidence was higher during the drier season. Species richness was highly correlated with incidence and showed comparable results. Functional richness also declined with increasing elevation and did not change with forest degradation. However, a null-model comparison revealed that the functional richness pattern did not differ from a pattern expected for ant assemblages with randomly distributed sets of traits across species. Predation on artificial caterpillars decreased along the elevational gradient; the pattern was not driven by elevation itself, but by ant incidence (or interchangeable by ant richness), which positively affected predation. In spite of lower ant incidence (or ant richness), predation was higher during the wetter season and did not change with forest degradation and ant functional richness. We used path analysis to disentangle the causal relationships of the environmental factors temperature (with elevation as a proxy), season, and habitat degradation with the incidence and functional richness of ants, and their consequences for predation. Our results would suggest that the forecasted global warming might support more active and species-rich ant assemblages, which in turn would mediate increased predation on herbivorous arthropods. However, this prediction should be made with reservation, as it assumes that the dispersal of ants keeps pace with the climatic changes as well as a one-dimensional relationship between ants and predation within a food-web that comprises species interactions of much higher complexity. Our results also suggested that degraded forests in our study area might provide suitable habitat for epigaeic, ground-dwelling ant assemblages that do not differ in incidence, species richness, functional richness, composition, or predation on arthropods from assemblages of primary forests. Most importantly, our results suggest that the occurrence and activity of ants are important drivers of ecosystem processes and that changes in the incidence and richness of ants can be used as effective indicators of responses to temperature changes and of predation within mega-diverse forest ecosystems. 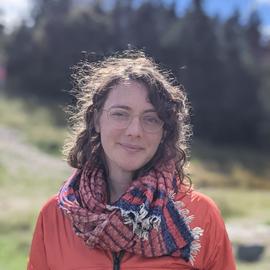